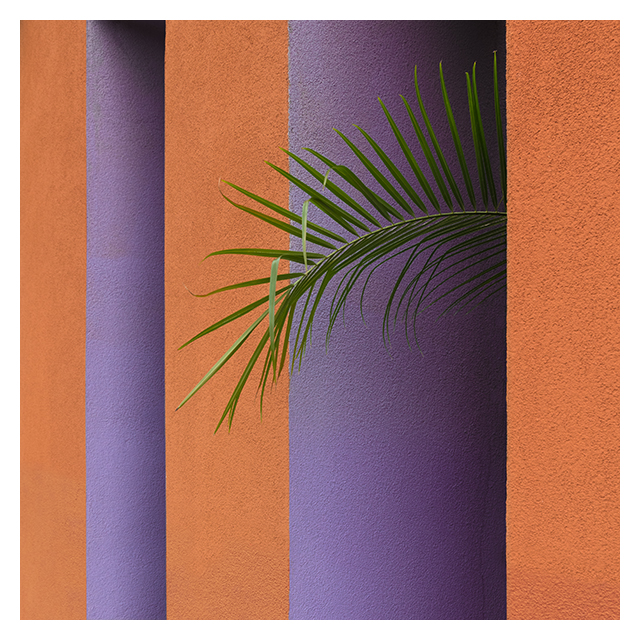 A few months ago I wrote and posted an open letter to my friend, A.G., in which I alluded to a new project I had started working on. This project was born partially out of a desire to start distancing myself from certain aesthetics that have gained immense popularity among photographers over the last few years (i.e., architecture and landscape/seascape scenes captured via long exposure). While I still stand by the past work I’ve done—and I know it was not the result of merely chasing fads—my natural inclination is to move away from the mainstream. I don’t want to make art that is like everyone else’s.

My dilemma was that this departure left me without the “voice” I had spent several years cultivating. I needed a new subject and a different kind of challenge to throw myself back into the deep end, so to speak. Silencing that voice proved to be quite the handicap. I was coming up empty for inspiration. So, I put into practice the philosophy I had been exploring in my October blog post about Inspiration and Accountability; namely, that when inspiration doesn’t show up, you show up and get to work anyway. Sure enough, getting to work paid off. I was soon immersed in my vision for a new project and, within a month’s time, had made several hundred images.

After working my way through hundreds of shots and further clarifying my vision for the series, STUCCOLAND! was born. At first edit, I had approximately 70 possible images. I further edited them down to about 50 that were released publicly for the first time together on Behance. The images are full of bold, vibrant colors, a distinct departure from my previous work. However, they maintain the graphic simplicity and purposeful composition arrangements that have long been hallmarks of my approach to photography. Interestingly enough, by trying to move away from the mainstream, I found myself making images that may be more accessible in pop culture than my previous work. The irony is not lost on me. 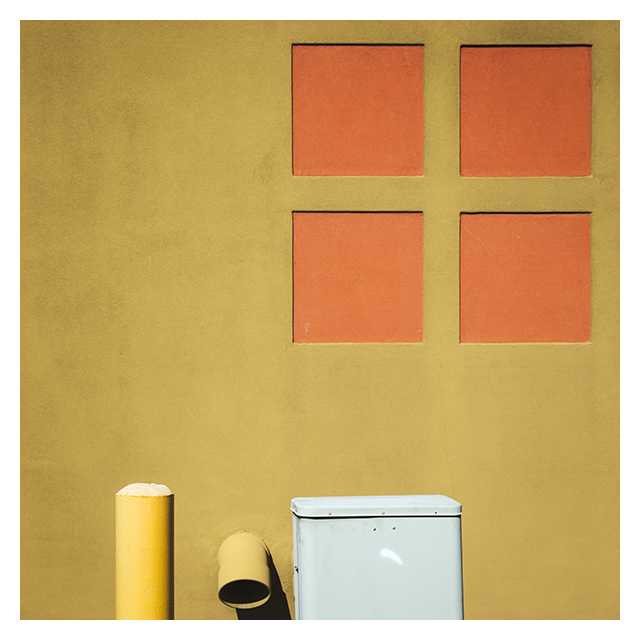 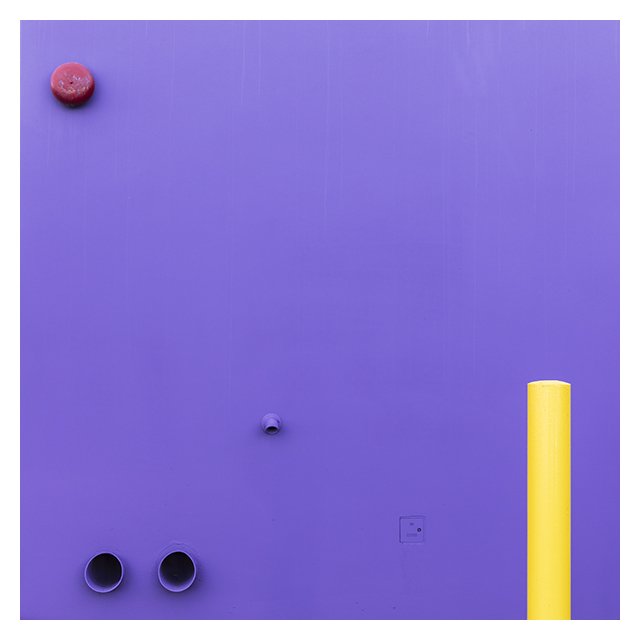 This project stretched me in several ways. First of all, I’ve never been drawn to bright, flashy things. I prefer brushed nickel to silver or gold, satin finish to gloss. Most of my wardrobe is made up of blacks, grays, and muted blues (all very “safe” colors that don’t draw much attention). The last three vehicles I’ve owned have been dark grey, silver and white. That all stands in stark contrast to the vivid, pop-art qualities of STUCCOLAND!

I don’t know if I’ll have the opportunity to show this series in a gallery, but I suspect that I won’t likely be the artist people imagine while looking at my work. It’s a little comical to imagine. I envision people browsing the intense colors and shapes on the gallery walls and imagining some charming, eccentric personality being behind them, only to find a quiet introvert dressed in muted colors hiding in the corner! 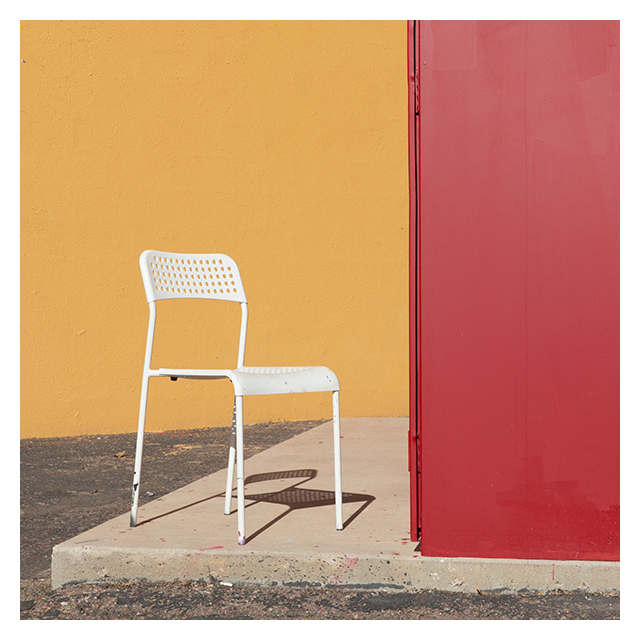 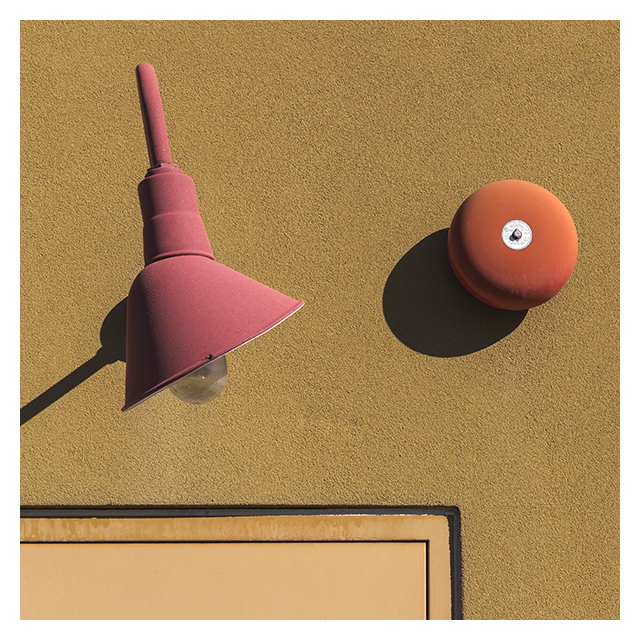 I find that I am at once excited and insecure about these images. In reflection, I think the excitement comes from the thrill of hunting for them and knowing I’ve put my best creative efforts forward in making a coherent series where each piece stands alone but also makes sense in context with the others. The insecurity is likely just the result of having taken such big risks by stepping far out of my comfort zone. I’ve had days where I want to take the work back and remove all traces of it from the internet, and I’ve had days where I’m proud to show it to people.

I was grateful to have Adobe feature my project on Behance as well as the official Adobe Lightroom Twitter account. I try not to focus too much on social media “likes” to interpret the value of my work, but it does feel good to receive validation like this, especially during the times I was doubting the project. 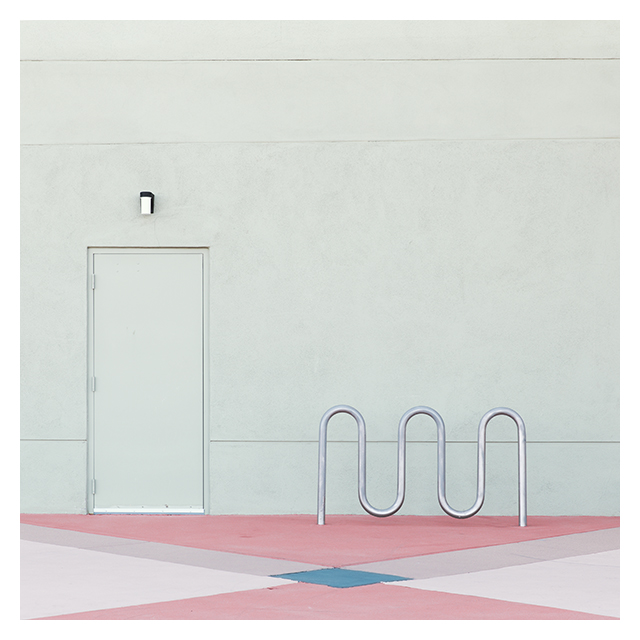 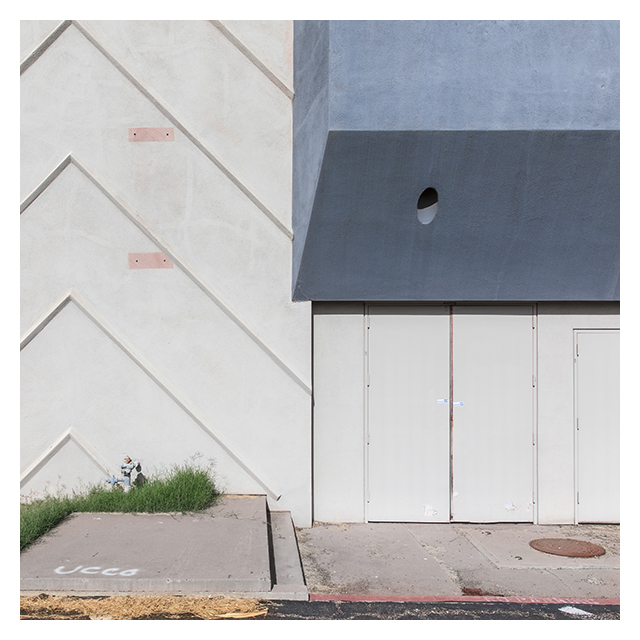 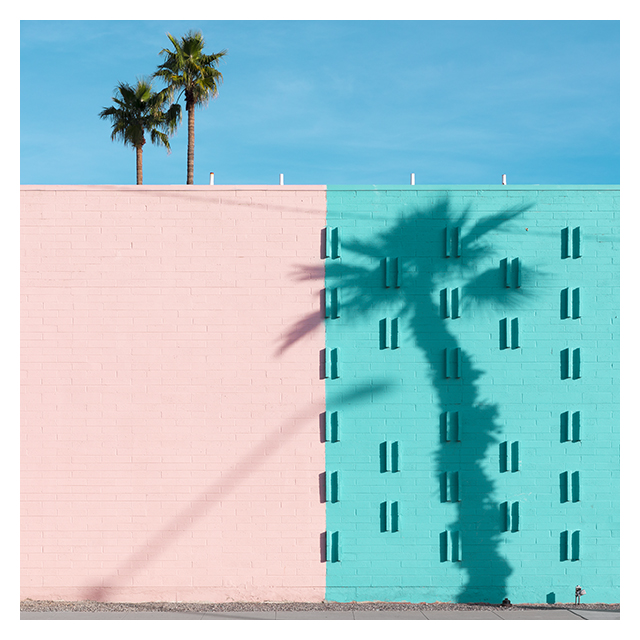 I recently read an interview with Todd Hido where he was asked “how do you know when you’re done with a project?” His answer was (paraphrasing) that you know a project has ran its course when you see your subject and don’t get out of the car (or take the camera out of the bag) to photograph it. In other words, when it no longer calls you to action. I thought I was at that point a month ago, but then I took a trip to Tucson and once again found my imagination running wild in STUCCOLAND! 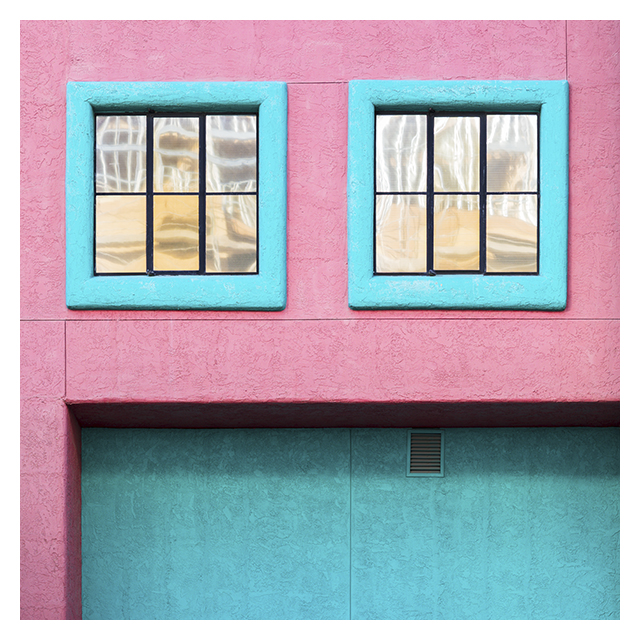 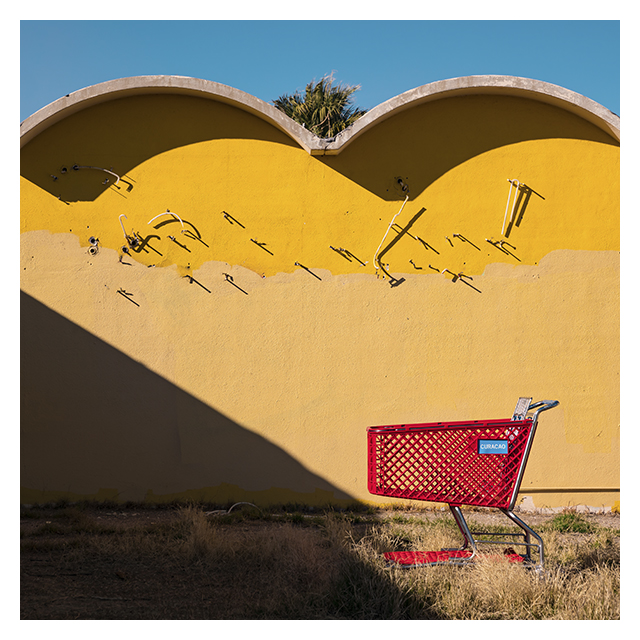 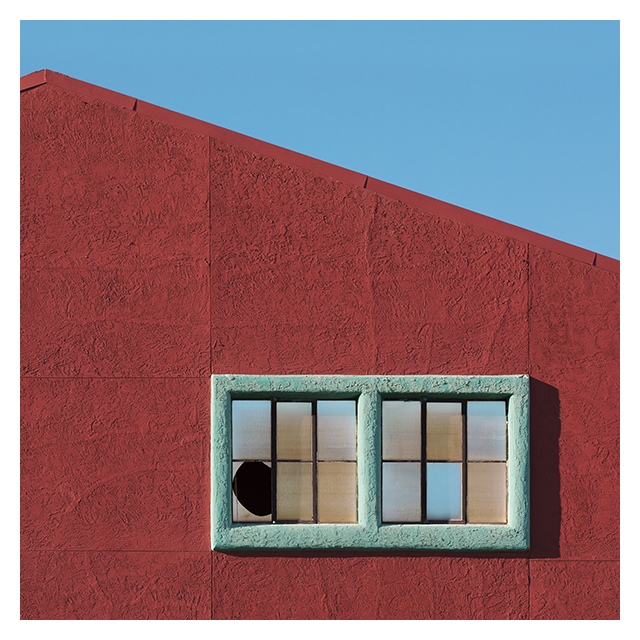 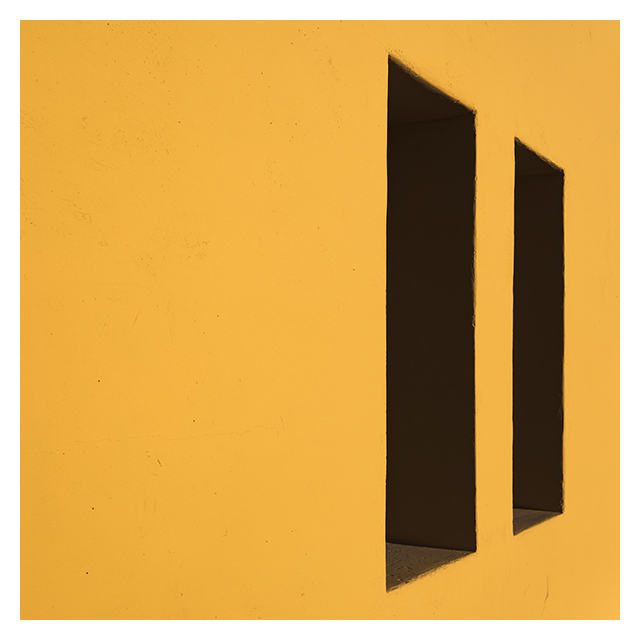 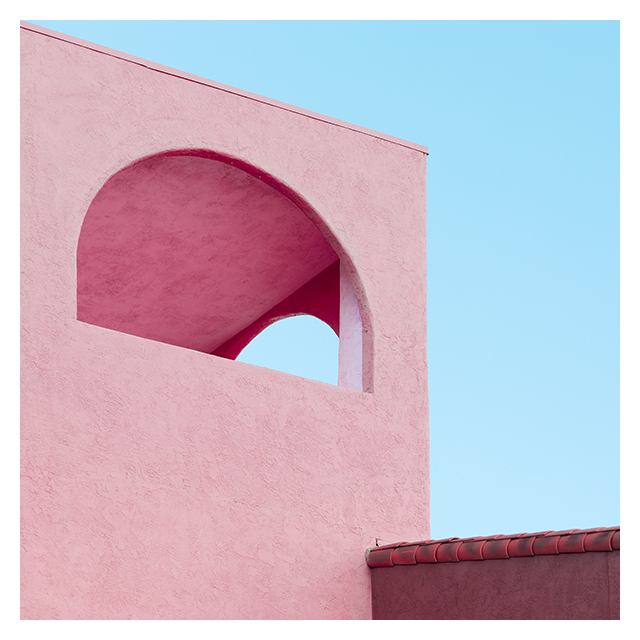 At this point I’ll likely try to find a few more images around home (or wherever my travels may take me) to round out a Volume 2, and then call it a day. It has been a fun project and a valuable artistic exercise, but I can’t see myself sustaining it as a style indefinitely. I still don’t really know where I’m going as an artist after this project, but I have some preliminary ideas brewing. You’ll likely see me continue working with color, but in a more subdued, complex way that better reflects my personality. Whatever happens next, I plan to keep showing up and getting to work, even if inspiration is a few steps behind me.

If you like what you’ve seen here, check out Volume 1 in its entirety on Behance. I’m considering doing a self-published book of the series when it’s done. If that’s something you’re interested in, stay tuned and I’ll announce it when details are available. As always, thanks for looking with me.